The Windgrip® system – designed and developed by Windcat Workboats – will give advantages in accessibility and versatility on our crew transfer vessels.

The rugged and efficient self tensioning system increases the ability of the vessel to transfer in greater wave heights and reduces fuel consumption whilst pushing on to offshore structures.

The system is Type Approved and features built-in safety and fail-safe systems.

Whilst pushing on in harsher conditions saving of fuel will be made as the force needed from the propellers to hold the vessel against the boat landing will be reduced. The savings can be up to 80% as the engine revs and load can be reduced to give the required grip.

Half of our fleet is equipped with Windgrip®. The system has proven to provide:

The system is easy to operate by the crew of the vessel. The vessel’s master can control the system from the wheelhouse. Emergency stop buttons are fitted on the winches and on the control panel in the wheelhouse.

Whilst using an ROV the vessel is attached to the boat landing reducing movement of the vessel to a minimum allowing for safer craning and deployment of the ROV as well as having a fixed stable position for control and command of the ROV.

During craning equipment from the vessel to the turbine due to the vessel being attached to the boat landing allows for a safer operation due to the reduced movements of the vessel.

In 2016 the Windgrip® system was awarded twice, first winning the 2016 Health and Safety Award by the Crown Estate and Renewables UK and second the EEEGR Cost Reduction and Collaboration Award. 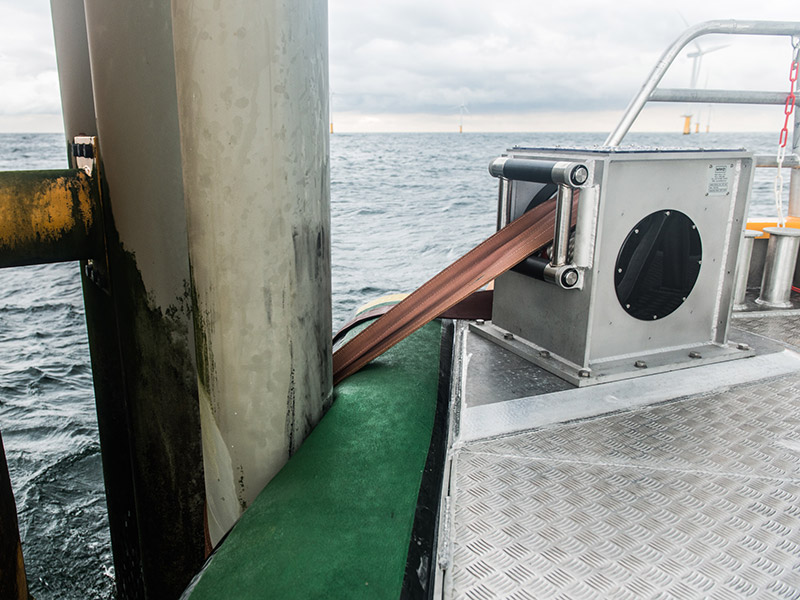 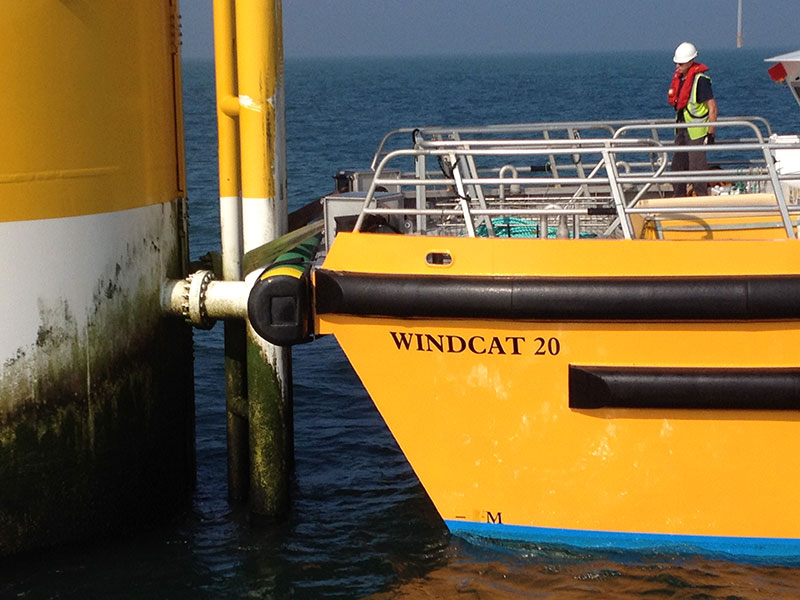 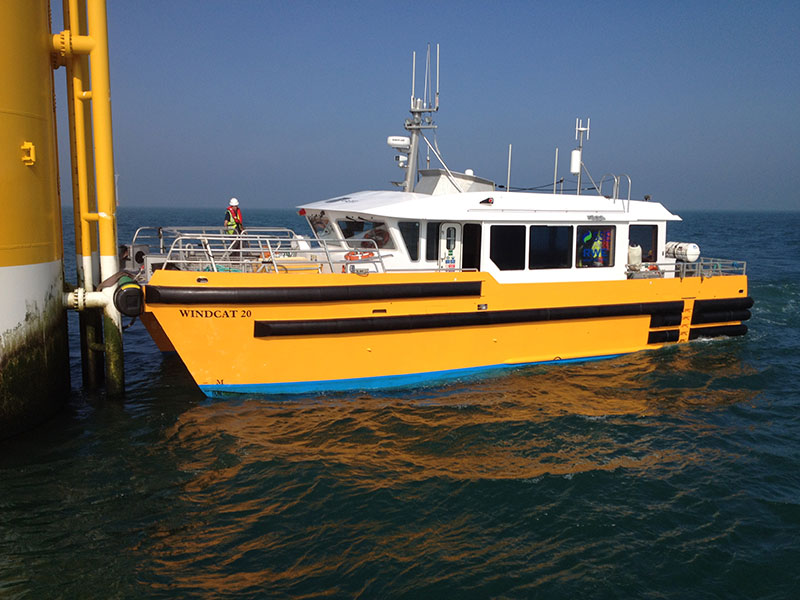 For all charter enquiries:
chartering@windcatworkboats.com

For all charter enquiries:
chartering@windcatworkboats.com

Windcat® Workboats International BV and Ltd titles, logos and images are registered company trademarks and are not to be reused without authorisation under the Copyright, Designs and Patents Act 1988, any unauthorised use will constitute an infringement of copyright. | Webdevelopment by Benevisual